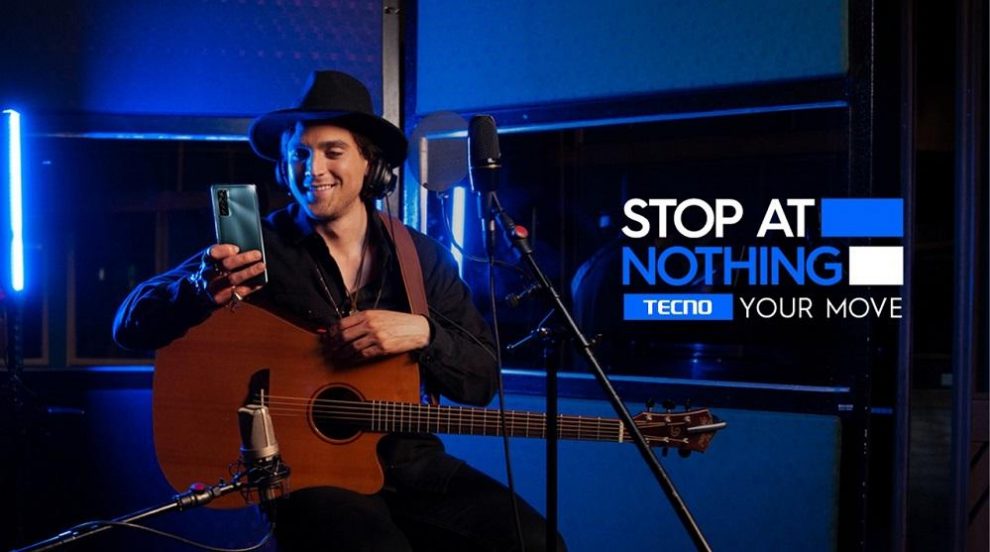 What makes your products and brand stand out in the market? Your marketing strategies and product quality are for sure. The globally eminent smartphone brand, TECNO is known for these qualities in the region. Not only has it introduced multiple new devices, but the brand has successfully gathered a large customer base with its engaging campaigns.

Here are a few campaigns from TECNO where it inspired the fans and created a huge hype on social media in 2021.

Change is always good! With the vision of empowering every youth and encouraging them to achieve high goals, TECNO’s “Stop At Nothing” truly meant to not stop anywhere. This new slogan represents TECNO’s recognition of human progress and people’s pursuit of purpose, potential, and excellence.

Born to Stand Out!

With its inspiring ‘Born to Stand out Campaign’, TECNO highlighted some of the emerging talents of Pakistan who specialize in different areas. The campaign became an instant hit providing young people a platform to showcase their talent and inspiring masses to do something big in life.

Moreover, this campaign got a lot of attention on social media through its Fashion Influencer photoshoot, where they were seen posing with the stunning Camon 17 phones.

Soon after the launch of Phantom X, TECNO brought in some really amazing activities for the youth.

Taking Mathira as the host, TECNO gave out POVA 2 Battery Endurance challenges to Ducky Bhai, Laraib Khalid, Ahmad OP, the TikTok couple Kanwal and Zulqarnain, and the very entertaining Pantangeer’s Amtul and Fahad. All of them had to take the 7000mAh battery POVA 2, complete a task, and make the phone run out of battery. They did live sessions, fun videos, gaming sessions, watched hours of movies, and much more but all failed.

Moreover, with the TECNO PUBGM Campus Championship, the brand took to some top universities in Islamabad and Lahore for fun-filled competitions. The matches engaged hundreds of students to participate and win many prizes.

The brand arranged photo walks in all major cities of Pakistan including Lahore, Karachi, and Islamabad. This campaign was designed for its Camon 16 series which is also known as the “Camera King series”.

Must Read: XIAOMI Tech Recap – A look at the tech marvels of 2021

Later on, by mid of 2021, TECNO arranged a five-day Photowalk for the Camon 17 series fans from Lahore to Khunjerab Pass. Some of fans, photographers, and some of the TECNO team members not only traveled to Hunza Valley and explored its beauty but also shared their skills on social media using the Camon 17 series which reveals the phone’s brilliant photography features.

TECNO brought forward a couple of very interesting activities for its Spark series in 2021.

With the purchase of Spark 6 Go, TECNO offered bumper prize-winning scratch cards that included prizes such as a new device, audio gadgets, and even a trip to Thailand, resulting in huge sales.

Furthermore, with the launch of Spark 7 Pro, the DVC starring the beautiful Minal Khan was top trending being TECNO’s ‘Spark Girl’. The gorgeous Spark girl perfectly embodied all the aspects of Spark 7 Pro and was introduced as the ambassador for the phone.

Ending 2021 with Gimbal Technology and an enticing TVC!

TECNO ended the year with its exceptional camera series – The Camon 18 series. The aesthetically designed Camon 18 Premier became an instant hit among photographers, vloggers, and videographers with its amazing Gimbal Camera Technology for ultra-smooth and anti-shake captures and the 60X zoom.

Other devices – Camon 18t and 18P were also adored by users. The series overall brought innovative features like the gimbal, hyper-zoom, periscope lens, a bigger selfie camera, massive storage, and much more.

The cherry on top was Ahmad Ali Akbar and Sehar Khan taken as local Ambassadors for the Camon 18t phone. The TVC starring them with the new Camon 18t was highly praised by the audience for its beautifully portrayed story of destined meetings.

All-in-all we can say it was quite a favored year for TECNO. The brand not only landed some outstanding devices but was able to catch a great audience with its engaging campaign ideas. With all this in view, we have some high hopes for TECNO’s campaigns in 2022!