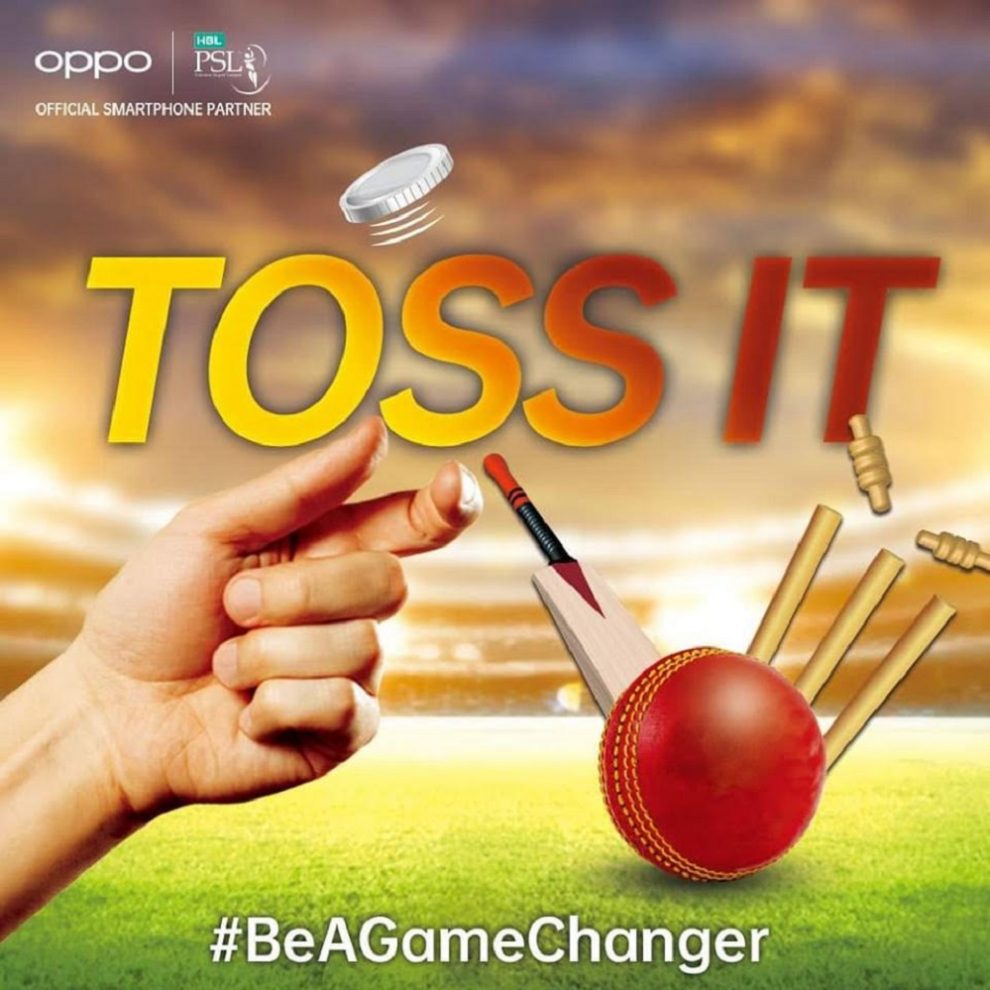 Empty streets, eyes glued to the TV screens, bicolor painted across cheeks, timely cheers and screaming/swearing, yes, it’s that time of the year as PSL takes the limelight once again. The Pakistan Super League is undeniably the most massive sports event of the year. It has millions of devoted fans internationally and nationally. Since its launch in 2015, the tournament becomes better and bigger every year, which has made PSL evolve into a prodigious and renowned brand, one that is here to stay for a long time. Events happening at such a large scale naturally have a lot of brands that become associated with it one way or the other. Toss the Coin this PSL with OPPO

Arrangements have been in full swing since the last few months leading to Pakistan Super League 2020 and most of the focus goes to utilizing the power of sponsors to go the extra mile. A few brands recommence their past partnerships, whereas the others look for the perfect opening to join the bandwagon. One such major sponsor is OPPO, which has been a global partner of the ICC Cricket World Cup in 2019. The smartphone company has set another benchmark in the field of cricket by partnering with PSL 2020.

This year OPPO decided to be a game-changer by starting a contest on Facebook with the hashtags #BeTheGameChanger and #TossIt. The competition provided people with a huge opportunity to perform the toss of the match, giving them a chance to stand next to their favorite team captains in the stadium and be a game-changer. To win the competition, participants have to visit the nearest official OPPO outlet, take a picture in the PSL Photo Frame and post it in the comments.  The response was amazing as the company received hundreds of pictures of cricket fanatics. OPPO will pick one lucky customer for each match, who might unexpectedly change the game.

The engagement for the competition has been on a whole new level, ’empowering the cricket lovers to ‘Be the Change’ rather than sitting at home, speculating what it would feel like to be physically present on the field.  OPPO with this campaign took the audience to the cricket field to perform the toss themselves. This activity gave life to all the cricket fanatics dream to be physically present in the stadium and be in the spotlight this PSL season. In addition to building awareness about PSL, the campaign also allowed the masses to actively engage in it.

Pakistan Super League Officially began on 20th February, with a grand glittering opening ceremony in Karachi. The matches are scheduled in various cities of Pakistan with the finale in Lahore.