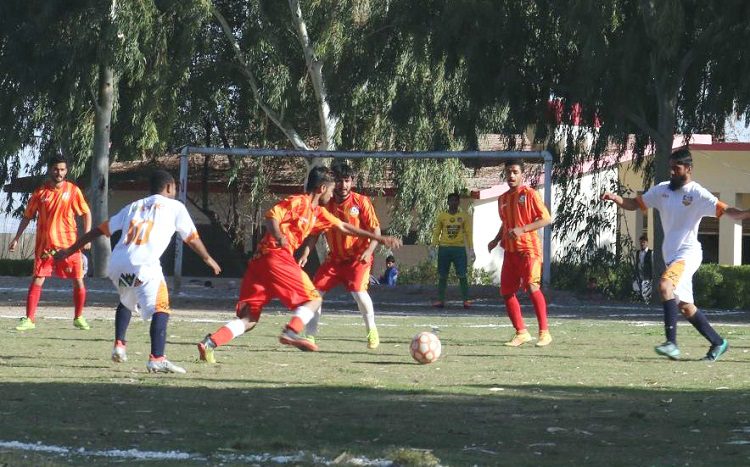 Super 8 stage of one of the biggest sporting events of the province, Ufone Balochistan Football Cup is undertaking in 8 cities. Panjgur FC from Panjgur and Jallawan FC from Khuzdar have qualified into the Super8 stage of the tournament by winning city level eliminator round.  Both teams will join Bacha Khan FC Loralai and Shaheed Ballach FC Nushki who have already qualified for the quarter finals.

In Panjgur, the city level eliminator was played between Panjgur FC and Baloch Musa Jan FC. Panjgur FC won the match by 2-1 in a tight contest. In Khuzdar, Bab e Balochistan FC took on Jallawan FC, but lost the match by 1-0. Muhammad Ibrahim scored at 50 mins mark securing the Super8 spot for his team in the championship.

The two teams will be among top eight teams in the Super8 stage that will battle for the semi-finals in Quetta, from 26 March.Semi-finals and final will be played on 27 and 28 March respectively.

Pakistani telecom company Ufone aims to develop and promote football in the province and provide budding footballers a platform to showcase their skills, while playing along the national team football stars like Fazal Muhammad and Riaz Khan. This year’s championship builds on the success of previous two seasons and involves 720 young players from eight cities in the province.

The World’s Biggest Book Sale will soon open its doors in Pakistan for the first time ever with books at 50% – 90% discounts!
RECKITT BENCKISER COMMITS PKR 1BILLION TO SUPPORT GOVERNMENT’S CLEAN GREEN PAKISTAN MOVEMENT