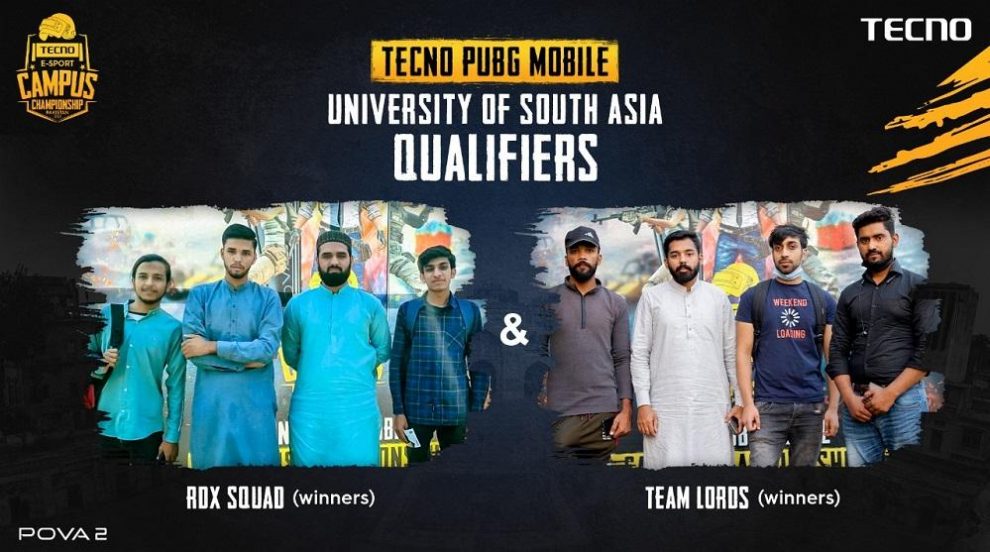 The Chinese-leading smartphone brand, TECNO, has been hosting exciting gaming events all over Pakistan. This has created much hype among young students who are given a chance to take part in POVA 2 x PUBG Championship and other challenges. These competitions come with amazing rewards, including incredible gifts, cash prizes, and getting a chance to participate in the finale. POVA 2 Gaming Championship continues in Lahore.

After bringing these gripping events to completion in Islamabad, TECNO took their championship to the city of gardens, Lahore, where the first competition was held at the University of South Asia. The students gave a remarkable response to this event. A total of 146 teams went neck and neck in the PUBG Championship. After numerous hours, many close calls, and a lot of sweat, two teams, Lords Squad and Rdx Squad, finally qualified from the finale, which will be held on 20th November 2021 in Lahore. The band VK Vocalist gave a thrilling live performance during this event which made it all the more entertaining. Young fans were stoked when they performed their favorite songs.

Must Read: realme Flexes its Muscles with a Killer Line-up of realme GT Master Edition and realme Narzo 50i

The PUBG Mobile Championship was definitely the main sport of the event, but that was not all. TECNO gave out Battery Endurance Challenges which electrified the crowd. The players used POVA 2 for consecutive 9 hours! There were a total of 10 winners for this game, each given cash prizes of PKR 10,000. Other challenges included Fortune Wheel, PUBG Campus Registration, PUBG GamePlay, and much more.

Three more universities from Lahore are participating in the TECNO Gaming Championship, including the University Of Management & Technology, Comsats, and the University of Lahore. So, if you haven’t already, then get registered to showcase your gaming skills and win amazing prizes!