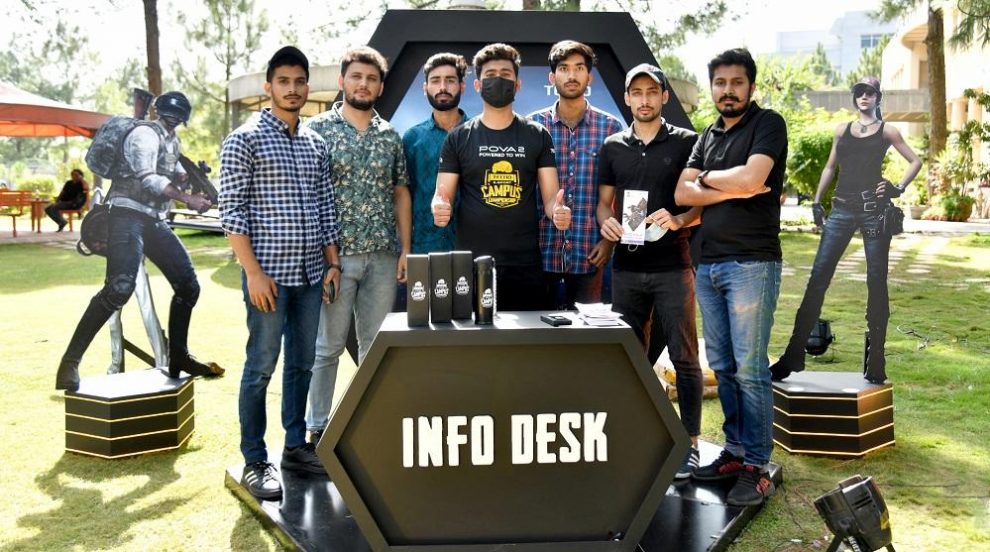 The Chinese leading smartphone brand, TECNO, has been making leaps in the smartphone industry with the huge success of their latest campaign for the POVA 2. Equipped with a 7000mAh powerful battery at the price of PKR 28,999, it’s no surprise that the POVA 2 immediately became a favorite among the youth. Not only has POVA 2 been making great sales nationwide, but the brand is also giving out PUBG challenges to engage young influencers and gamers. It recently started its PUBG Mobile Campus Activity which gathered a lot of attention from young players. TECNO brings youth thrilling gaming challenges with the latest POVA 2. TECNO brings youth thrilling gaming challenges.

TECNO plans to take this Campus Activity around Pakistan, visiting multiple universities in each major city. Every university will have its matches comprising of multiple teams. The winner will be given a pass for the Grand Finale that is to be held on November 20, 2021. How exciting is that! The first event has already taken place in Air University, Islamabad, and Team Clown has qualified for the Finale happening in Lahore. Isn’t this exciting? Let’s wait and watch what more exciting matches TECNO brings.

The POVA 2 surpassed all previous sales records in pre-bookings that were live from September 7 till September 14, 2021, on Daraz. Available in three stunning colors including, Polar Silver, Energy blue, and Dazzle black, the device was officially launched on September 15, 2021. With its launch, sales skyrocketed, with thousands of handsets sold within hours. Stocked out in just one week of its launch, the Dazzle Black was undoubtedly the favorite among young gamers as it looks both modern and classy.

That is not all, Pakistan’s favorite influencers, including Ducky Bhai and Laraib Khalid, were also challenged by TECNO in several PUBG competitions. These KOL’s raved about the POVA 2’s powerful 7000mAh battery, which can last an entire day, even with continuous gameplay. Additionally, they were impressed by the phone’s high-end features including, the 7000mAh battery, 18W Dual IC flash charger, 128GB storage, and the Helio G85 Processor. The gaming features such as the ET Game Engine, Magic Button, Voice Changer, and the 180Hz touch sampling rate.

This isn’t all, TECNO shall be coming to your city soon for their next PUBG Mobile Campus Activity. So get ready to experience the power of 7000mAh POVA 2!