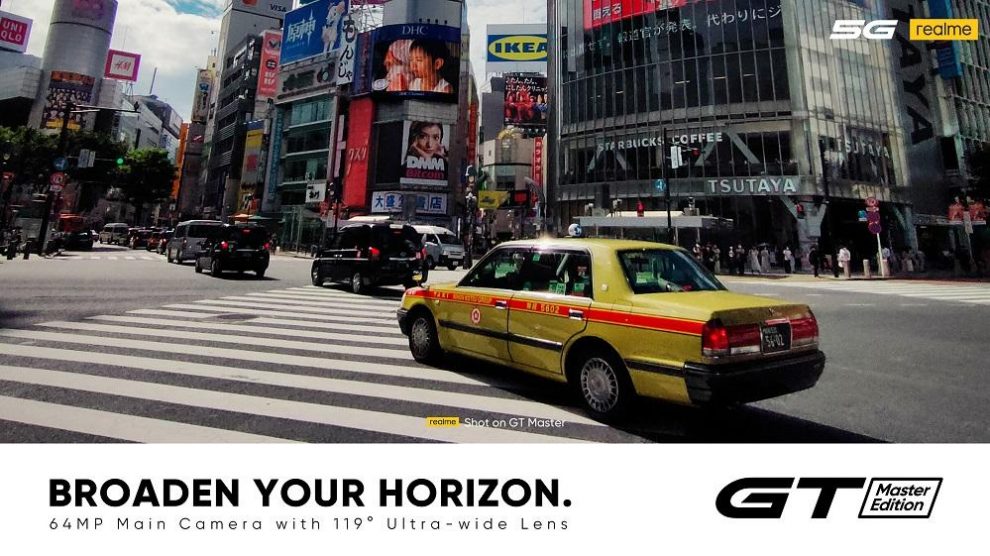 The anticipation around realme GT Master Edition doesn’t seem to end as realme has introduced a 256GB version of its flagship 5G offering. The smartphone’s bumped up version will be available for pre-order from Wednesday, November 17 onwards for PKR 72,999/- in offline channels while it can be pre-ordered on Saamaan.pk as well. The realme GT Master Edition has kept realme fans hinged since its global announcement, for its specifications dealt an industry coup by being top-notch and yet the most affordable. realme GT Master Edition Now Available to Pre-order in a 256GB Version.

The realme GT Master Edition was hailed by technology reviewers and media publishers as a highly-awaited, game-changing device with some calling it the true Smartphone of the Year. The phone also did phenomenally well during the 11.11 Salebration on Daraz by being the most sought after 5G smartphone. It broke all first-sales records of 5G smartphones on Daraz and stood as the No. 01 5G smartphone during the mega sales event.

Now that the realme GT Master Edition has a bumped up memory, it just adds one more reason for you to buy it. Here are the other reasons as a refresher:

Talk of minimalism, talk of the future – the realme GT Master Edition embodies both. It has been masterfully crafted by renowned Japanese industrial design maestro Naoto Fukasawa to resemble a traveling suitcase. With an industry-first concave vegan leather body, the realme GT Master Edition is eye catching and captivating in a glance. It comes in Voyager Grey and Daybreak Blue colours – both shades that are uplifting and trendy.

Under the vegan leather hood, realme GT Master Edition runs on a Qualcomm Snapdragon 778G 5G processor. With its 6nm process, the phone gives a 40% better peak performance delivering a flagship experience like no other.

Must Read: realme Brings its Biggest Sale of up to 50% Discounts & Crazy Giveaways on 11.11 Exclusively on Daraz

We all get a lot of screen time on our smartphones, so what better than a 120Hz Super AMOLED display that keeps you hooked onto your gadget? The realme GT Master Edition comes with an outclass display that is rich and captivating at the same time measuring 6.43 inches of screen-space.

A Battery to Outlast and Get Back Up Fast

What’s a smartphone phone without a good camera? The slim and lightweight smartphone that feels premium to the touch has more to offer than just HD screen and a powerful processor. With high-end flagship specifications, the realme GT Master Edition brings a 64MP Street Photography camera. It has a special street photography mode that captures ecstatic daily life images and makes them look like a story.

Infinix launches sleek and stunning NOTE 11 with 6.7” AMOLED Display
realme is Bringing its Biggest 11.11 Salebration on Daraz with up to 50% Discounts