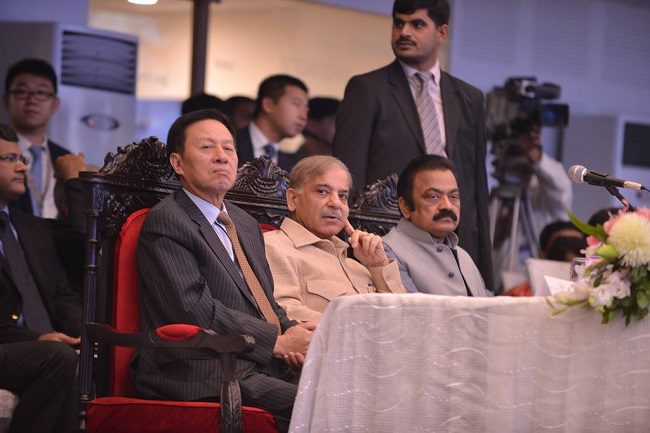 The PPIC3 project has been planned, designed, and implemented by Huawei, and covers a wide range of municipal works including CCTV cameras across the whole city, E-challan & Red Light Monitoring System, and Automatic License Plate Recognition System. The project will also involve the deployment of more than 600 police communication posts, and a platform comprised of 25 different software products. The project will protect the safety and security of citizens and their properties, while also playing a role in counter terrorism surveillance.

Muhammad Shehbaz Sharif thanked the project team for their dedication, including international contractors like Huawei. Sharif said that the project had brought Lahore to the next level, making the city comparable to many top-tier cities in the Middle East, Europe, and Russia.

Modern life depends on the smooth integration of technology into society. The infrastructure provided by Huawei through the project is not just for public safety; it will also bring greater connectivity to the health and education fields. Work in five of six divisions in Lahore has now been completed. Work in Cantt, the remaining divisions, is set to be completed by January 31, 2018. The project will be scaled up to six cities in Punjab, out of which three are already in the procurement stage. All six cities will be interconnected for a safer Punjab.

During his speech, Guo Ping congratulated Muhammad Shehbaz Sharif and the people of Punjab on the successful inauguration of the PPIC3 Lahore project.Guo said, “This project has significantly improved Lahore’s security and emergency management capabilities. It is a key milestone on this city’s path to becoming a safe city, and eventually a smart city. We will soon enter an intelligent world. In this world, all things will be able to sense, all things will be connected, and all things will be intelligent. Huawei is committed to bringing digital to every person, home and organization to help build a fully connected, intelligent world.”

Guo continued, “In terms of scale, functionality, and technology, the Lahore project is one of the largest projects in the industry. We faced tremendous challenges. However, by working closely with the Punjab government, we managed to overcome these challenges and created many leading safe city practices, including the LTE-A mission critical broadband communications system, the Integrated Communication Platform (ICP), and theend-to-end disaster recovery system. The most powerful license plate and facial recognition system is also deployed in the city.”