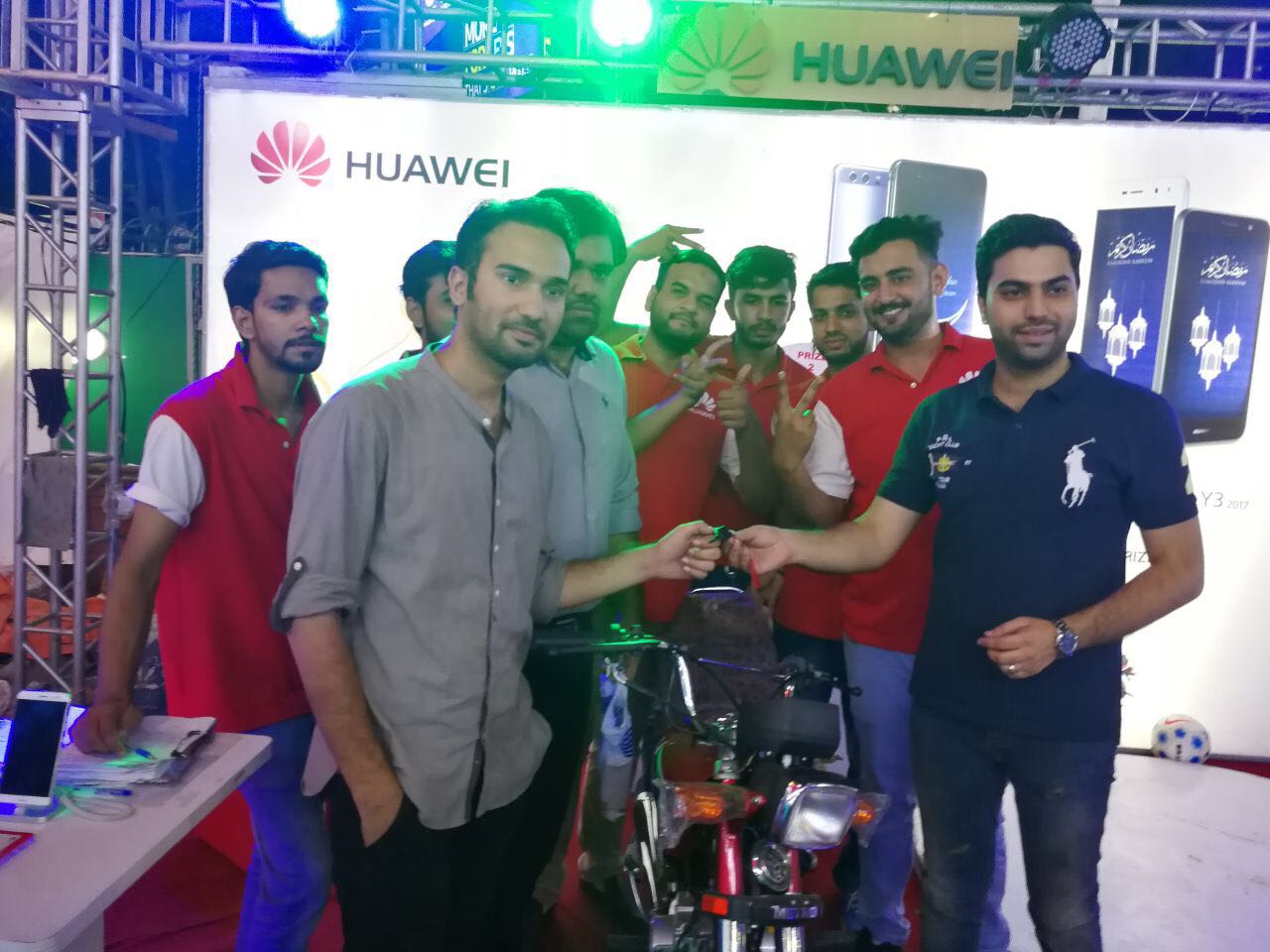 HUAWEI recently completed its Amazing promotional campaign which was primarily focused on celebrating the joys sharing with their valued customers. The campaign was rightfully kicked off in the Holy month of Ramadan and continued on well past Eid. Starting in mid Ramadan, the company gave its customers the amazing opportunity to win gifts simply by purchasing any Huawei devices, whereby they also automatically entered the Grand Lucky Draw.

This grand campaign covered 10 major clusters in a total of 6 cities across Pakistan. The last in a series of weekend Grand Lucky Draws was held 15th July. Apart from the small selfie sticks and Huawei merchandise the customers won on the spot, certain lucky customers got the opportunity to win much bigger prizes like Television Sets, Motorbikes etc through the Grand Lucky draw. The last grand ceremony was held across Pakistan in all big technology clusters such as Hafeez Center and Hall Road Lahore on 15th July where these prizes were distributed.

Mr. Blueking – Country Manager of Huawei in Pakistan stated: “Huawei is not just a big name in the technology world; it is a socially embedded organization. By this campaign, we aim to provide the Huawei customers with exciting gifts and prizes, to make their life more joyfull and exciting.”

Huawei Pakistan keeps delivering on its promise of providing more than just quality devices to its users though these social campaigns. According to Huawei officials they plan to launch some more exciting nationwide campaigns later this year through which users will get the opportunity to not only win big prizes but also get a chance to showcase their talents to the world. Stay tuned to the social pages of Huawei to get more information on that.