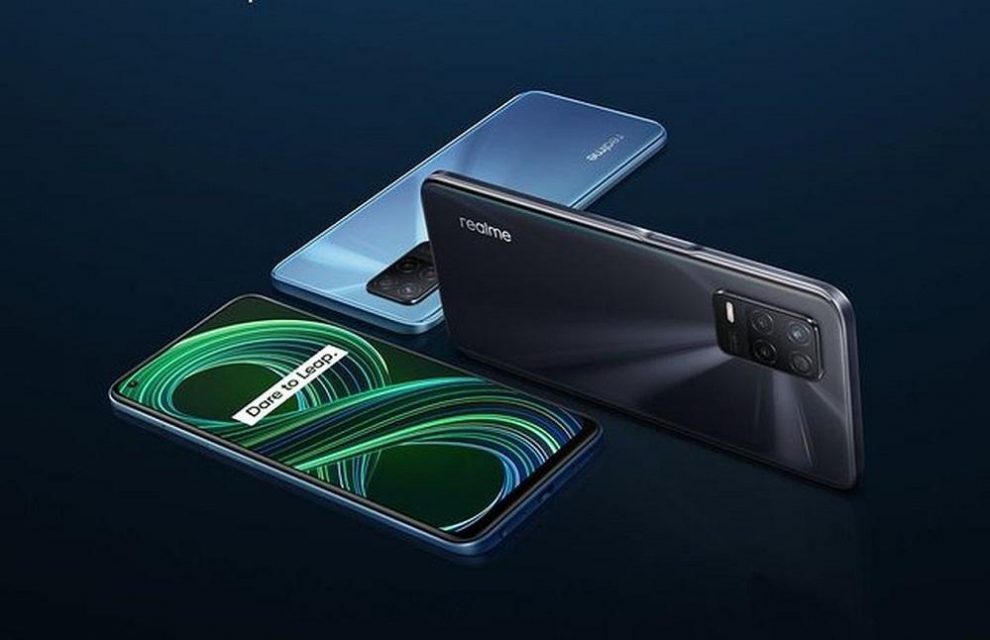 We’re living in a captivating world. The sights and sounds that surround us are mesmerizing and all the while we are left with a fleeting notion of encapsulating it all in our memory. Be it a leisure trip across picturesque locations, or a hike through vales and hills, everyone is looking for the best way to save those beautiful glimpses for a lifetime. Here are the realme 8 Pro Photography Xperts.

That’s where a good smartphone camera comes into play – because a good smartphone with a top notch camera allows us to capture those breathtaking moments and relive them over and over again. But, which camera is good since everyone is touting that theirs is the best. That’s where realme 8 Series comes in with their realme 8 Pro. The phone comes with a 108MP Ultra Quad Camera that takes infinitely clear photos, and not just from afar, but also Macro shots and Black & White portraits.

Abdul Mougees’s (@portraitsbymougees) favorite was realme’s original 108MP Camera and the wide-angle lens which he used to capture amazing portraits. He also had a lot of creative images with the Portrait Mode and Dynamic Portrait Filter which give the captures an amazing moving effect.

One of the experts Muhammad Irfan (@hunzukutz_kahn) shared his beautiful landscape pictures using the tilt-shift feature of realme 8 Pro, giving it an out-worldly feel. He shared his experience of using the amazing 5x zoom which allows you to shoot from a great distance.

Similarly, Ubaid Ullah Baig (@ubaidullahbaig_) shot a candid moment while some cyclists were traversing the Karakoram Highway. He did that with the 5x Zoom of the realme 8 Pro while the Tilt-shift mode can be seen into play in the other photo of his.

Ahsan Javed’s (@theahsanjaved) work focuses on landscapes and he took some amazing shots using the HDR and AI mode. The High Dynamic Range (HDR) gave more detail to the shadow-areas, the shade under the trees, the sky, and clouds. The Artificial Intelligence (AI) feature helps decide the best setting for your phone camera all by itself. Here, you can see the Ancient Building mode of the AI lens.

Zaroon Ahmad Khan (@zaroonahmadkhan) was also included in the mix of photographers. Having seen his work, he put the Dynamic Bokeh mode to good use creating ethereal moments with the smartphone’s camera.

Usman Zafar (@usman_zfr) also used the Tilt-shift mode of the new realme 8 Pro in conjunction with its Ultra-wide Angle to capture some really impressive shots. Tilt-shift photos make the world look miniature, almost as if you are looking at a diorama, whereas, the Ultra-wide Angle gives a 16mm field of view to enhance your pictures making it the best when you are a landscape or cityscape photographer.

UmerKhalid (@tasveerkahani) is someone who likes to play with light and Light Painting modes of a camera. He does great photography in low-light, and when the realme 8 Pro provided an f 1/1.52 aperture, the results are a sight to behold. The phone’s Cyberpunk Mode gave a grunge effect that looks right out of a Hollywood movie.

Shehzad Mohammad Ali @shehzad_mohammad_ali’s favourite feature is the Starry Night Time-lapse feature. He used it to capture a stunning image of the night sky, along with bioluminescent waves of the sea. The result is a galactic feel to the imagery, looking right out of a distant planet.

Wajeeha Ijaz (@jeeya_graphy94) had the most fun trying out the Portrait Mode of realme 8 Pro. She took some spectacular Bokeh images that are not only sharp but highlight the subject in a unique way. Wajeeha’s favorite part was the phone’s ability to capture high-speed shutter pictures which allowed her to photograph the perfect moment.

With Munib Asad Malik (@munibasad), we see a great combination of low-light imagery and Black & White portrayal of a moment etched in time.

These Smartphones Give a Bang for Your Buck Under PKR 40,000/-?
The Performance King, realme 7i with 64 MP AI Quad Camera is now available for only PKR 33,999