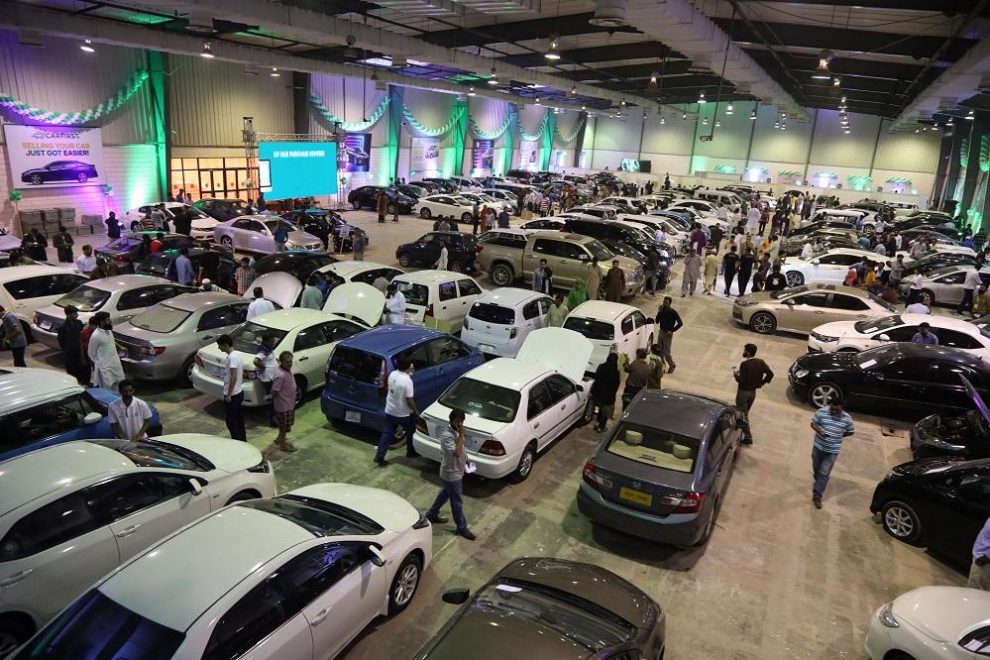 The automotive industry in Pakistan has been in peril since the start of 2019, where an influx of taxes on both locally manufactured and assembled cars as well as a steep devaluation of the rupee against the dollar saw prices increase upto 25% in some cases. On top of that, import duties on car parts and restrictions on the import of used car trade from Japan aided the spike in prices, which rendered many cars unaffordable by the general population, with many who can afford them, questioning whether the car is worth the investment.

These factors capped with the unprecedented circumstances that arose following the Coronavirus Pandemic saw a 50% decrease in car sales in Pakistan in 2020 when compared to 2019. The used car market, which was already the more fastly growing industry, has now become the more affordable and safer choice. However, there are still numerous challenges the used car industry must overcome in cities like Multan and Hyderabad, where certain structural and operational changes seem dire.

Since there is no set standard of quoting prices of used cars in cities like Multan and Hyderabad, and various channels through which they are sold, this makes the pricing and valuation completely random unless someone with a trained eye and industry experience is doing so and in turn the price tags are often inaccurate and overpriced. Another factor is that dealers themselves give arbitrary prices and raise the prices of those cars they feel will maximize profits. This also results in the particular model becoming more desirable and pricier than it should on the second hand market. Dealers also rake in their own commission on the cars which have appreciated in value, with a disproportionate increase in the value of an older model after an increase in the latest one.

Additionally, when individuals attempt to sell their cars, prices drop significantly as dealers attempt to maximise profit by vaguely inspecting cars and decreasing the price for the slightest damage they can find. Another hitch in the current market is one of delayed payments, with payments in the used car markets often being delayed where the dealers pay a fixed percentage for the car, hoping to resell it to pay off the remainder, which creates uncertainty and dissatisfaction on the sellers end.

Although these drawbacks are not entirely exclusive to cities like Multan and Hyderabad, they used to be the norm in other major cities, until CarFirst launched in Pakistan to tackle and solve the problems consumers faced in trading their used cars in Pakistan. CarFirst launched in 2016 with its primary aim to revolutionize the way used cars are traded in Pakistan.  They rallied its one-stop-shop services for all things related to cars, such as evaluation and inspection, certification, financing, insurance, live auctions and many more. CarFirst has solved the problems of the used car market by bringing in regulation, transparency, instant payment, secure transfers and hassle free trading.

With numerous centers open nationwide, anyone can bring their car in for an expert inspection and receive a quote based on the result, where technical experts guide potential sellers on the current market and make an offer to buy it on the spot accordingly, regulating price and adding much needed transparency to the process, whilst also solving problems of delayed payment in a safe and secure way. Pakistan’s most trusted used car trading platform now looks to be set to launch operations in both Hyderabad and Multan, bringing their innovative model to uncomplicate the process and bring ‘the fastest way to sell their  car’ to these respective regions.

realme 6 with 90Hz display and Helio G90T processor is now offered at Rs. 41,999 only for 8GB+128GB variant
IPG Group Partners With Galle Gladiators for LPL 2020