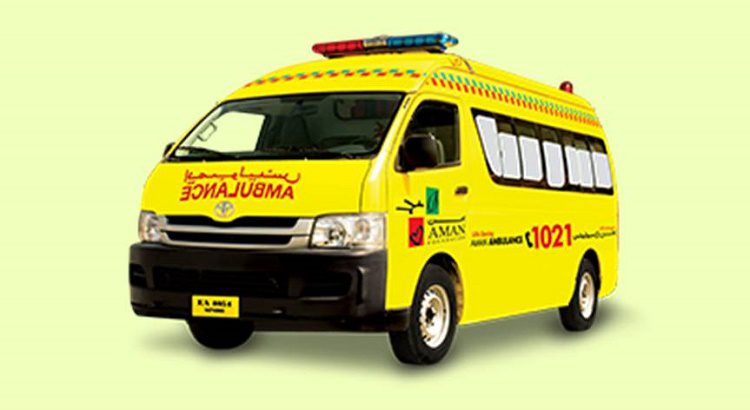 As anext stepfor the launch of a government sponsored emergency medical response service, the Sindh Government via the Patients Aid Foundation, has now transferred the first tranche of the ‘grant-in-aid’ toAman. These funds are meant for the sponsorship of its existing fleet of 60 lifesaving ambulances.

This first critical step for the upkeep of Aman’s existing fleet in Karachi sets the stage for the promised expansion to the required 200 lifesaving ambulances for Karachi as per WHO guidelines. The service is then intended to be expanded throughout the province of Sindh later. For an interim period, theseAman ambulances will continue to be operated by Aman Health Care Services itself underSindh Rescue & Medical Service or a similar name.

The expansion and long term operations are to be executed by an independent entity to be set up under a Private Partnership (PPP) framework between the Sindh Government, the Aman Foundation and Patients Aid Foundation at the earliest. Upon its creation, in addition to providing oversight and governance support to the new entity, Amanwill transfer its existing ambulance fleet, human capital and operating capabilities by way of donation to this new entity as a gift to the people of Karachi and Sindh.

It is to be noted that Aman Health Care Services operates the only fleet of lifesaving ambulances in Karachi and parts of Sindh, and has till date carried out over one million interventions. This ISO 9001 certified service isoperated in accordance with the international MPDS protocols and was bestowed with the Asian Emergency Medical Service Award in 2014.

The Aman Foundation, a not for profit trust setup in 2008, has spent in excess of PKR 5 billion within the healthcare sector of Karachi and Sindh only which is part of the approximate total of PKR 15 billion of philanthropic capital spent by it within health and education sectors across Pakistan and globally.

The implementation of this agreement brings Aman Foundation another step closer to achieving its founding mission of creating sustainable solutions for the betterment of Pakistan’s healthcare and education systems and scaling them through strategic partnerships with large-scale private and public sector players.