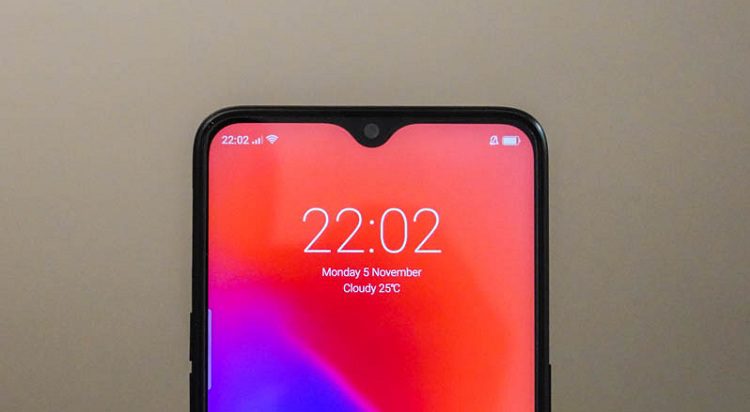 Nowadays mobile devices maintain a lot of private information such as payment information, personal photographs and so on. Password is now widely used. In the case of password, it has to be complicated and long enough from the viewpoint of security, however it is troublesome for users to type such a long password.  If someone set very easy password to avoid the trouble some process, it would be of no use. To solve both security and usability problem simultaneously, various types of biometrics have been proposed. Among many biometric solutions, since nowadays almost all of cellular phones have cameras, we propose face recognition that utilize these cameras. Through the verification process, users have only to take their Faceunlock using a camera equipped on mobile devices and wait for about one second. The system is effective enough to be used in the mobile devices in terms of performance, usability and hardware requirement.

Realme 2 Pro recently launched in Pakistan 2nd January 2019 at Nishat Hotel Emporium Mall Lahore. Realme 2 Pro  have 8 GB of RAM and 128 GB of ROM also Realme have 6.3” FHD+ Display it is soo good and impresive no doubt its fullflaedge device in the price of 44,999/- but now we are talk about main feature of Realme 2 Pro its Faceunlock & Fingerprint Scanner.

Realme 2 Pro have fastest faceunlock & fingerprint scanner. Mostly Faceunlock app on Playstore but all app have bugs as like a some app not recognize your face after when you install the app. The fingerprint sensor is always-on, and it’s fast and accurate. You can also set up face unlock in addition to fingerprint security – it’s equally fast as the Realme 2 Pro wakes up the moment you pick it up.

The face recognition is indeed blazing fast, faster than on the iPhone X. It relies on 120 recognition points and supposedly can’t be fooled by a picture. Surely, this implementation is not as secure as Apple’s Face ID, but it’s there, and it’s user-friendly.