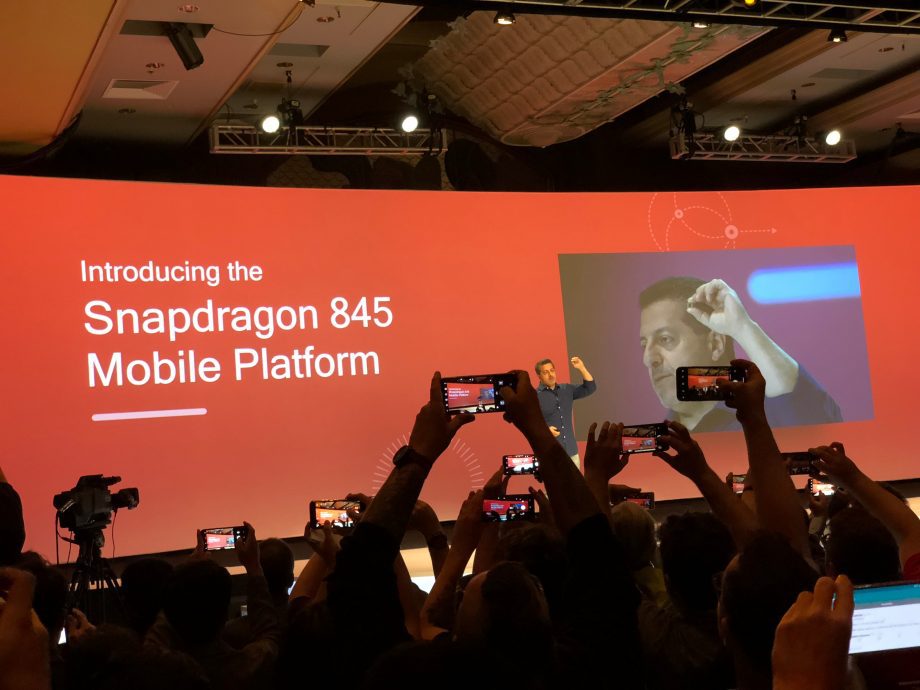 Snapdragon 845 processor revealed by Qualcomm at annual Summit in Hawaii. If you’ve used a flagship phone released by Google, Samsung or HTC in 2017 then the probability is that it’ll be power-driven by the Snapdragon 835 mobile platform. Now Qualcomm has revealed its successor.

To your information, the Snapdragon 845 is a successor to last year’s Snapdragon 835. It is projected to come with better performance, improved power efficiency, effectiveness, and enhanced image processing.

Must Read: Your HUAWEI Mate 10 Pro Gets To Know You Better Over Time!

Although we are not sure what’s exactly new in it but one thing is clear that the Snapdragon 845 will likely feature in the upcoming big phones of 2018,.

However, Qualcomm hasn’t shared many details yet. Without a doubt, it’ll be faster, efficient, and put forward to improved battery life.

According to Qualcomm, it’ll bring in improved security level, the ability to shoot 360-degree UHD video and add extra support for Gigabit LTE thanks to the X20 modem. All users of smartphone and tablet with access to those speeds with their mobile network will be capable to download a full 3GB HD movie in just 3 minutes. Isn’t it amazing?

Qualcomm made some announcements intended to bring major advancements and improvement in mobile and PC technologies. And the above mentioned news was part of the announcement the annual Snapdragon Technology Summit in Hawaii held on Tuesday.

Snapdragon 845 is projected to come in all main Android smartphones next year. Lei Jun who is Xiaomi’s CEO has also confirmed at the event that Mi 7 will feature Snapdragon 845 chipset.

A part from the fact that Xiaomi is a very essential partner for Qualcomm, until now the 845 chipsets will be manufactured through the Samsung Foundry.

“Xiaomi is committed to making devices that combine cutting-edge innovations in technology and beautiful design while defying price expectations, and we have chosen Snapdragon 845 to power our next flagship smartphone,” stated Jun.

The new snapdragon 845 is believed to transport few chief improvements in terms of performance. It is anticipated to provide a boost up of 10-20% in CPU specs, in comparison to 835 chipsets.

On the other hand, about 20-25% boost is also projected in GPU. Qualcomm is also making the most of the support of wide-gamut OLED displays.

According to sources, the chipsets are also supposed to be artificially intelligent, as we have seen from direct competitors like Apple and Huawei in recent months.

OPPO launches ‘F5 Youth’ for the Young Generation that demands Intelligent and Real Selfies
Your HUAWEI Mate 10 Pro gets to know you better over time!